The Broughton Barn Pottery was founded on a large clay deposit on the windswept moors of Oswaldtwistle, this was dug, blended, washed and processed on site before it was thrown into pots. The Holding involvement came in 1842 with a small pottery nearby, 18 years later they moved to the current building. Originally it was powered by a steam engine (not longer in situ) but the line shafting is still present.

It’s not known how the buildings became to be abandoned, bits lying around suggest it was still in use right up to the turn of the millennium. 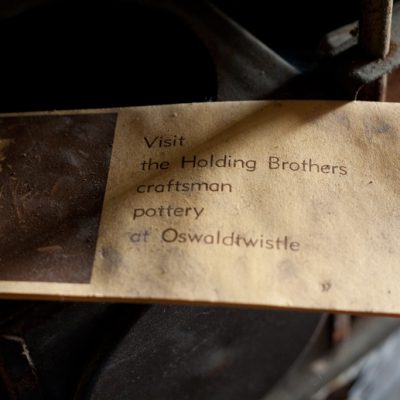