The Church of Stanley dedicated to St. Peter was constructed in 1822 at a cost of £12,000 and opened in September  6th  1824; The Rev. G. W. Lewis was instituted as the incumbent by the patron, the Vicar of Wakefield.

On February 18th 1911 a disastrous fire occurred destroying the building due to the pitch pine roof being ignited by heat from the boiler.

The Churches misfortunes would continue over the next several decades through subsidence caused by mine workings. Work was carried out to try fix the problem in the 1920s but overtime the problem has worsened and due to an increasing cost to repair the building, the church was relocated in 2001 to the old school building, ironically the same place that housed the church for two years after the 1911 fire. Today the old church stands derelict and amid controversial plans to convert it to a housing development.

Structually the east end of the church is in a desperately dangerous sitaution with a crack going down both sides of the church walls. It will only be a matter of time before it colapses. 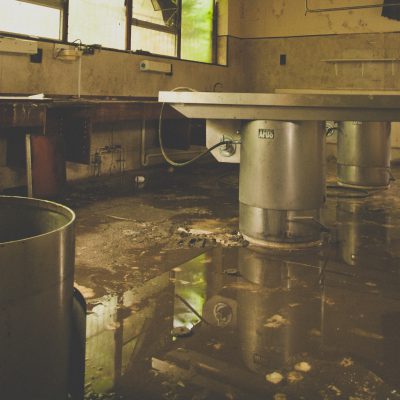