There are a handful of ‘iconic’ sites within the UK exploring community.  I could talk to you for hours about some of the truly great asylums such as Cane Hill & West Park. Others would talk about the great industrial sites like Pyestock and some would talk about the hidden gems below Wiltshire . Most would agree that Battersea sits alongside those with its chimneys dominating the London skyline for the past 80 years.

So, with redevelopment finally happening after many failed previous projects, it was now or never. Last Autumn proved the decisive time and over several visits the site was covered.  From the outside the building looks nothing more than an empty shell but the truth is a number of key parts of the station remain –  the gloriously 1930’s art deco side A control room, the more industrial and compact side B switch room and a legacy of the previous failed plans – the self titled ‘white room’ – a mock up of what one of the planned apartments would look have looked like.  In truth another 5 visits wouldn’t have covered everything to offer here but just seeing some of this will remain with me for many years to come.

Many thanks & love to SJP, Seffy, Gabe & Dmax.  Please check out Dmax’s awesome 3DMax video of the site.

Battersea Power Station is a decommissioned coal-fired power station located on the south bank of the River Thames, in Battersea, an inner-city district of South West London. It comprises two individual power stations, built in two stages in the form of a single building. Battersea A Power Station was built in the 1930s, with Battersea B Power Station to its east in the 1950s. The two stations were built to an identical design, providing the well known four-chimney layout.

The station ceased generating electricity in 1983, but over the past 50 years it has become one of the best known landmarks in London and is Grade II* listed. The station’s celebrity owes much to numerous cultural appearances, which include a shot in The Beatles’ 1965 movie Help!, appearing in the video for the 1982 hit single “You’ve Got Another Thing Comin'” by heavy metal band Judas Priest and being used in the cover art of Pink Floyd’s 1977 album Animals, as well as a cameo appearance in Take That’s music video “The Flood”. In addition, a photograph of the plant’s control room was used as cover art on Hawkwind’s 1977 album Quark, Strangeness and Charm.

Since the station’s closure the site has remained largely unused, with numerous failed redevelopment plans from successive site owners.

The station is the largest brick building in Europe and is notable for its original, lavish Art Deco interior fittings and décor. However, the building’s condition has been described as “very bad” by English Heritage and is included in its Heritage at Risk Register

On 7 June 2012, it was officially announced by Knight Frank that administrators Ernst & Young had entered into an exclusivity agreement with SP Setia and Sime Darby and were working towards a timely exchange and completion of the site and associated land. Construction on Phase 1 is due to commence in 2013, with completion due in 2016/17. 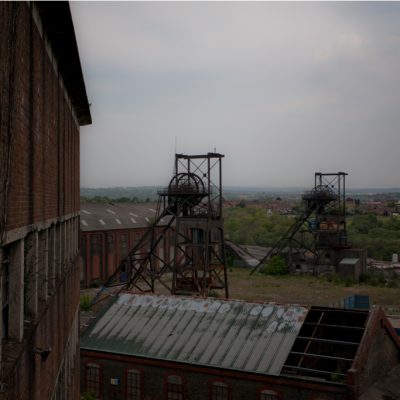